This is unreleased documentation for bazel-stack-vscode Next version.
For up-to-date documentation, see the latest version (1.8.x).
Version: Next

There are three actors in the system:

The debugger should work out of the box by clicking on a debug code action: 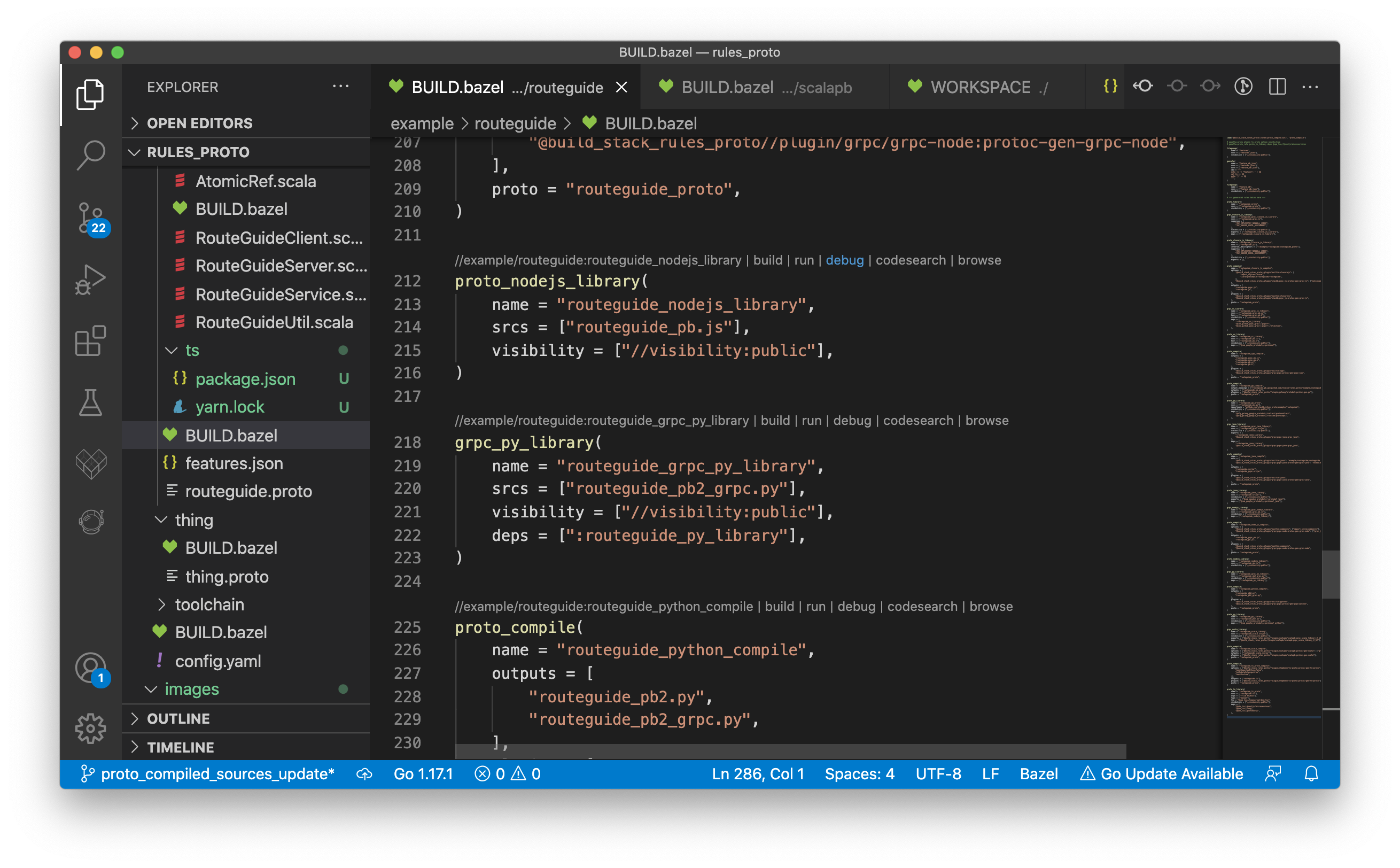 When clicked, three things are happening:

Instead of using a dynamically-generated debug configuration, you may want to create a "static" configuration. This provides more control over the specifics of the debug session. You have two basic choices:

To create a debug configuration, click on the debug settings "gear" icon: 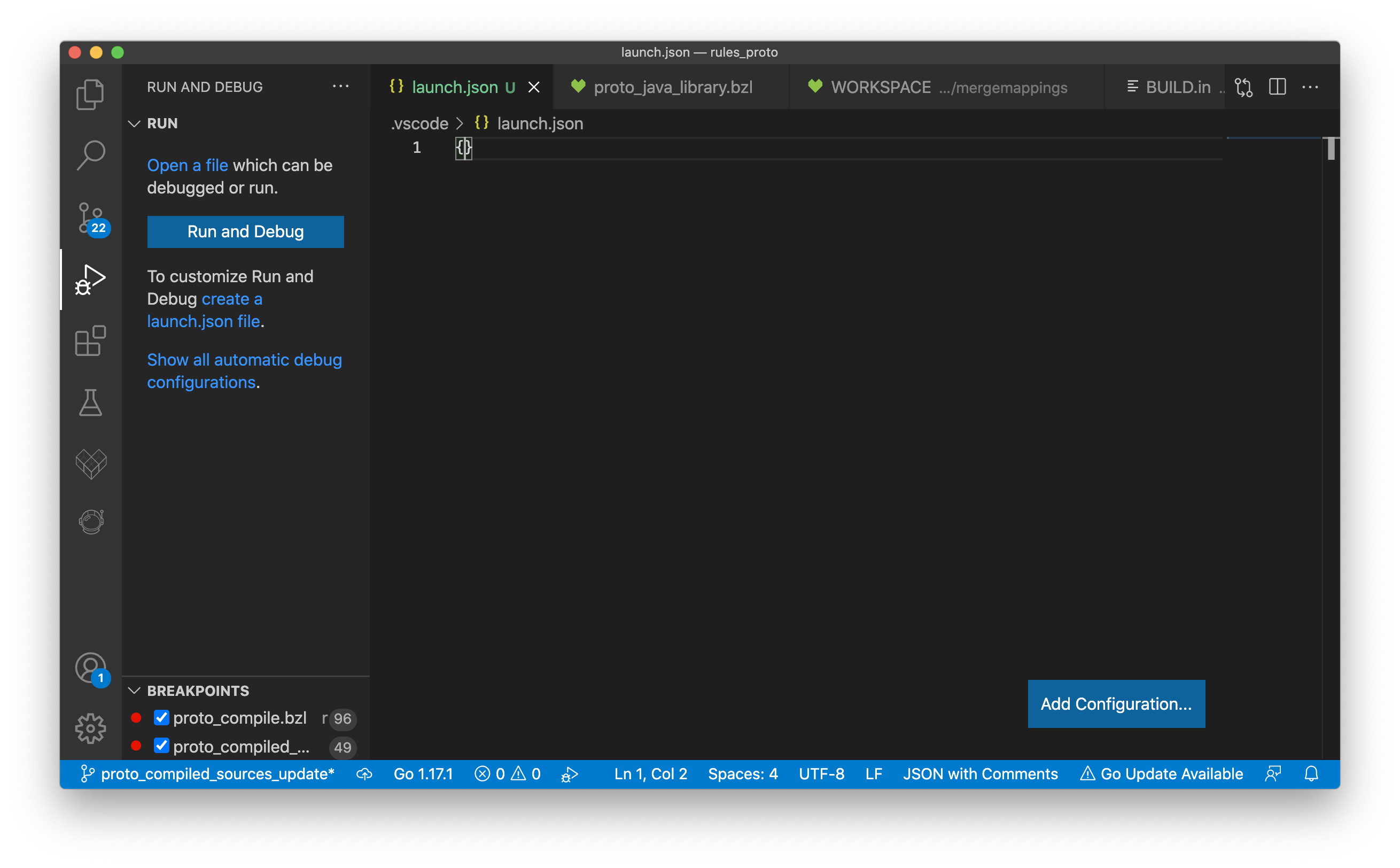 Click the [Add Configuration] button and scroll down to Starlark Debug: Launch: 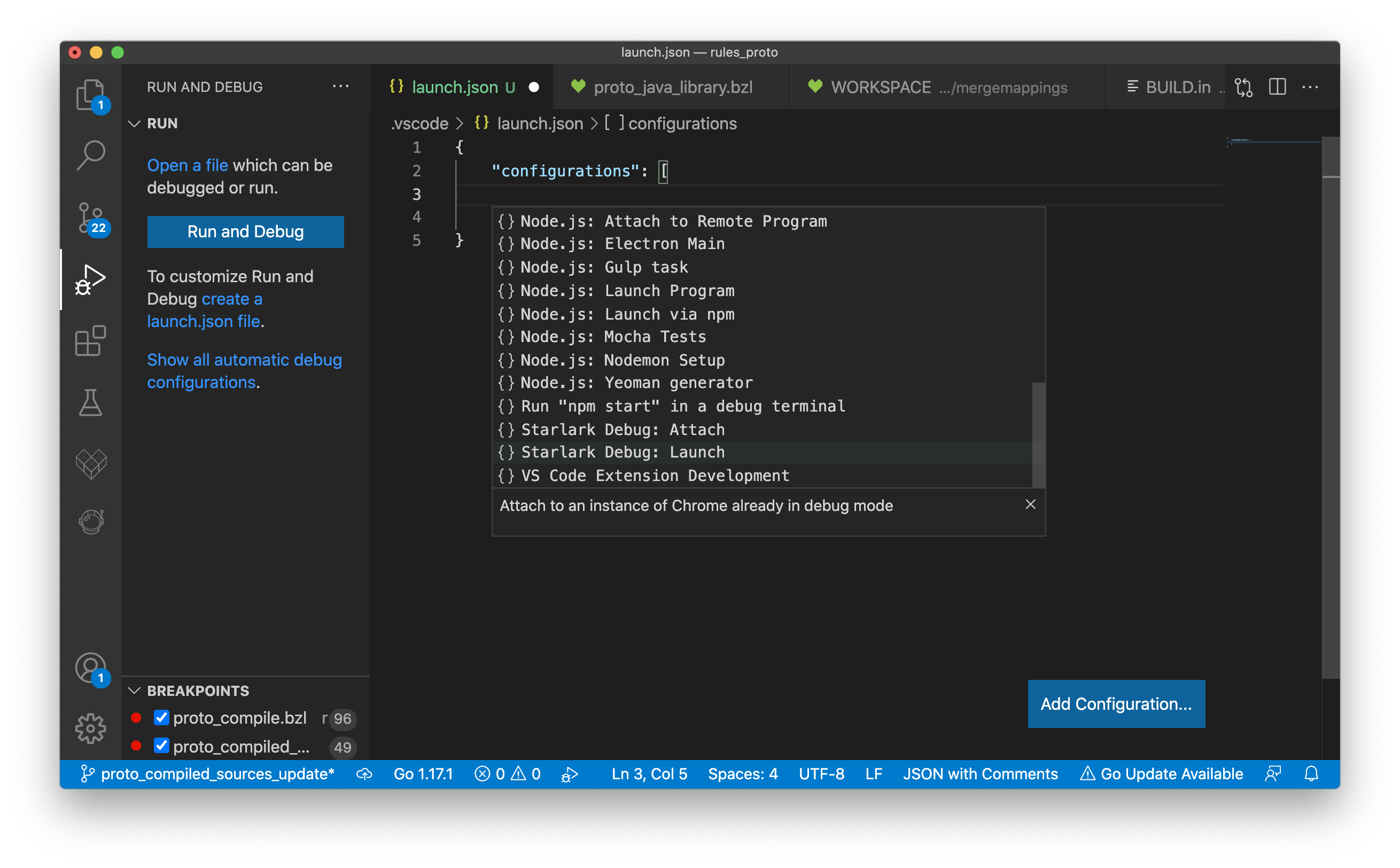 Fill in the bazel label that should be used when launching the bazel server process: 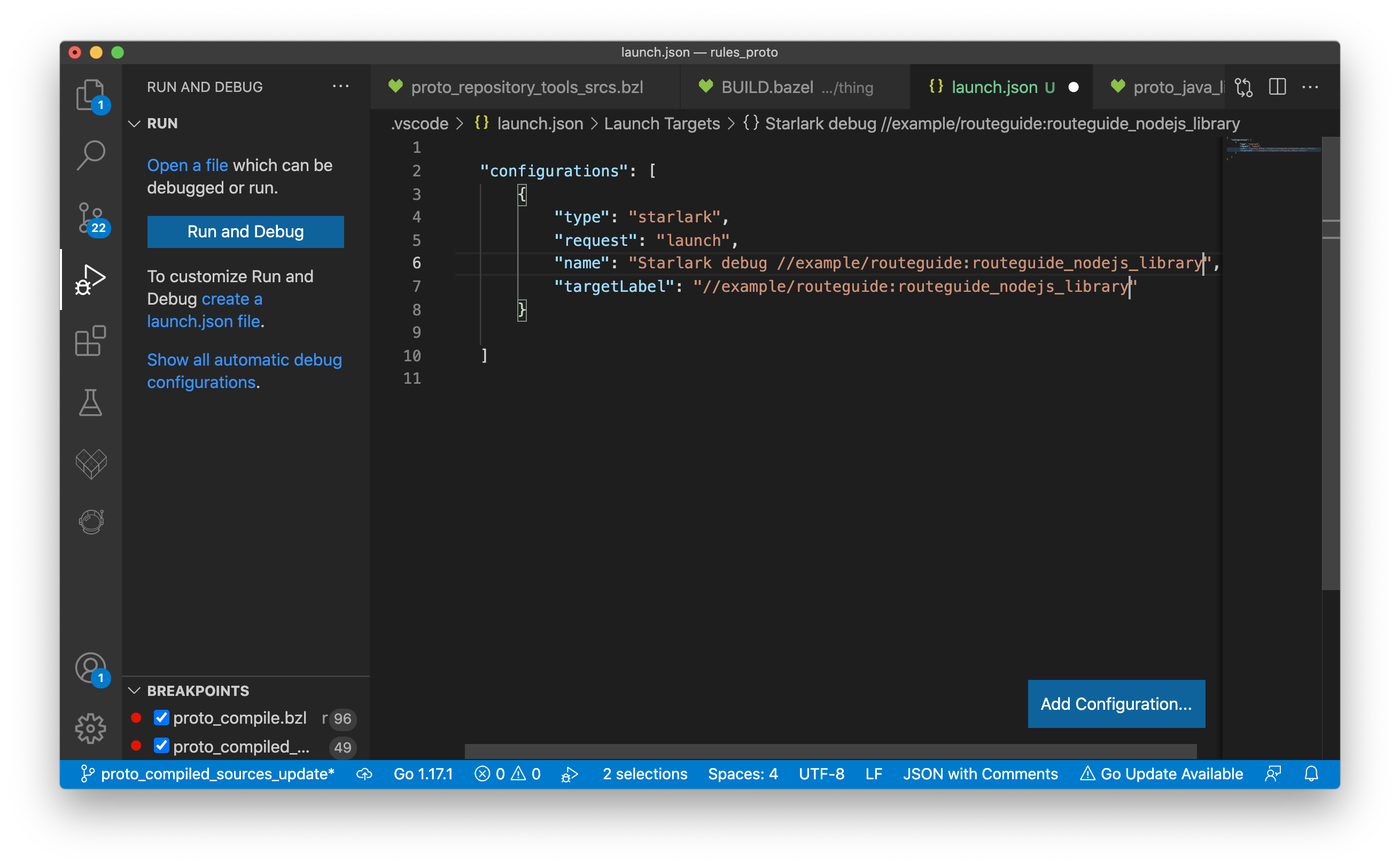 At this point, you can start a debug sesssion under this configuration by manually choosing in the dropdown (or press F5): 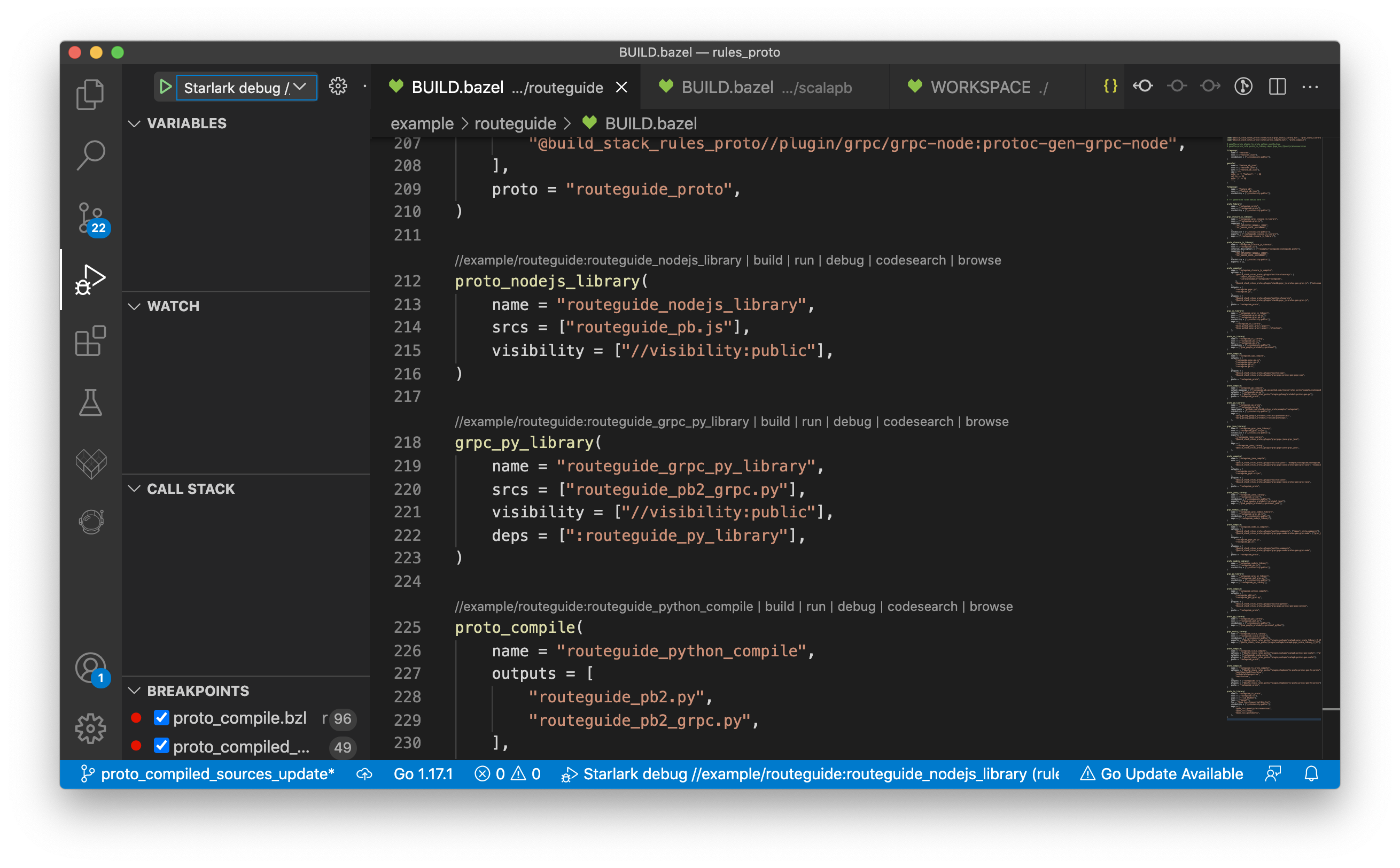 When the bazel debug server is launched, the flags used on the command line are taken from the bsv.bazel.starlarkDebugFlags setting. You can add --experimental_skylark_debug_verbose_logging here, if desired. 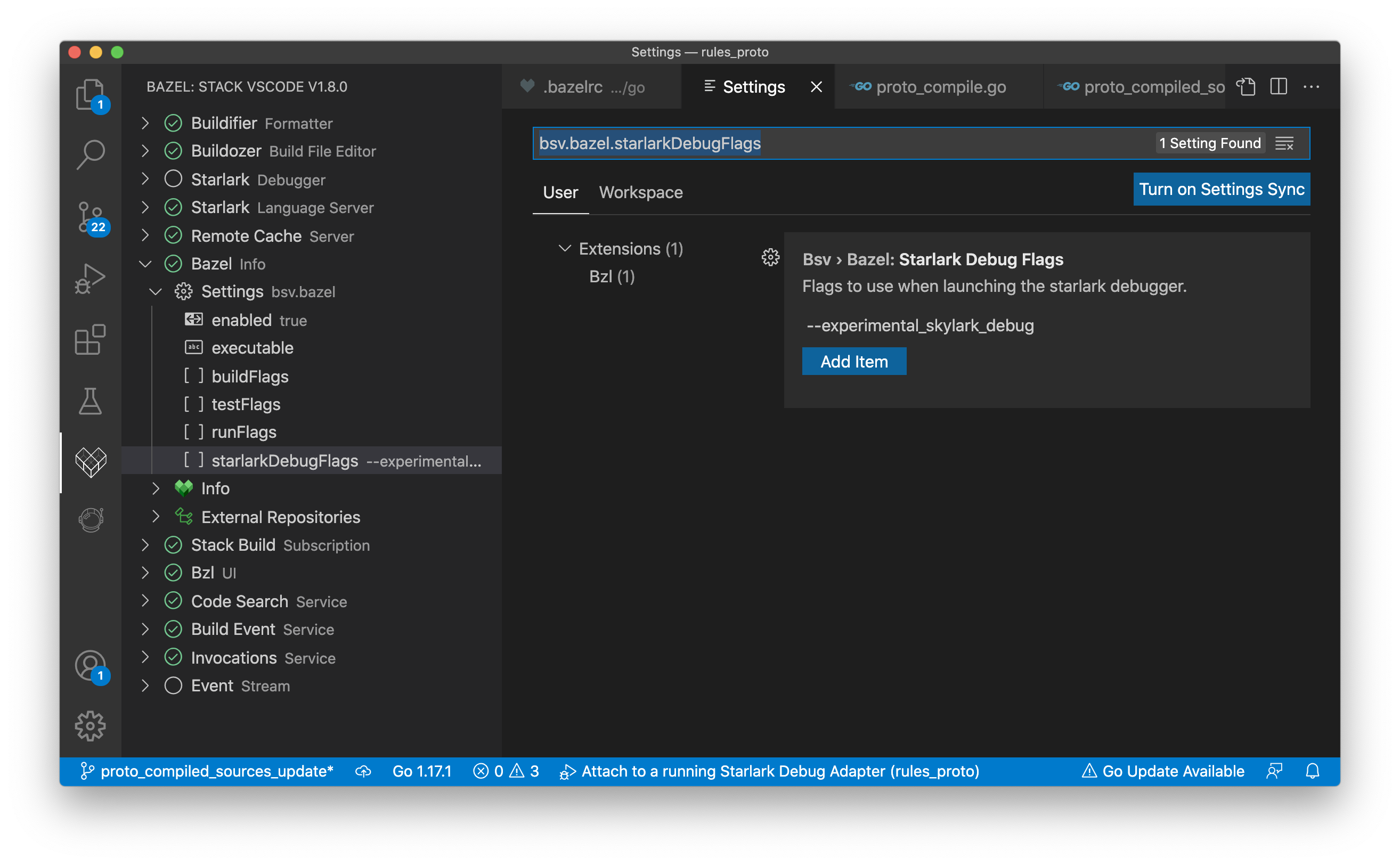 Using attach is the preferred method if things aren't working correctly or you need more control over starting the bazel invocation.

Follow the same procedure to create an attach configuration, or enter it manually in your .vscode/launch.json file:

"debugServer": 4711 is the default and does not need to be explicitly provided.

See https://www.youtube.com/watch?v=MAXJA8Gbtxk for a conference presentation on the debugger: